It’s the end of the year. While we’re all focussing on the Christmas holiday break and making plans for next year – 2016 – it’s a good time to step back for a moment and do a quick roundup of the year that’s gone by.

We’ve launched several new products and services in 2015. We now have both a nice and easy to use website builder, but also a very nice suite of services to help small businesses with their online marketing and SEO.

Also in 2015 we became the first Irish company to offer Office 365 directly via our partnership with Microsoft as a Cloud Service Provider (CSP).

So you can now run pretty much all aspects of your small business via services we offer, from registering your custom domain name, getting your business email, office productivity tools, building a responsive website and marketing it online.

And there’s more to come – yes, you should watch this space  🙂

Internally the company has also been undergoing changes.

We realise that we need to constantly improve how we do things. The first step in this was to work on our own internal communications and make sure that our own staff were conscious of what we as a company were up to.

Hosting, domains and other online services are “service driven”. We are just one of literally thousands of companies operating in this space. Whether you register a domain via us, or via one of our competitors, you essentially get the same product. While pricing can be a differentiator, it’s not the key one. Service is the key difference between companies. Sure, we don’t always get it right, and probably never will 100% of the time, but we’ve made changes to improve that.

Outside our own little bubble 2015 was a big year for Ireland. We as a country went to the polls back in May and voted in favour of “marriage equality”. As a company we normally don’t get involved in politics, but in this instance we took what we thought was the correct stance and supported the yes vote.

Also in October ICANN came to Dublin for the first time. Nearly 2400 attendees from the four corners of the globe descended on Dublin and we were delighted to do our bit to make their stay in Ireland a good one.

Our technical team spent a lot of the year working on integrations with different domain name registries, as well as improving the speed and functionality of our domain name search. We now offer over 300 new TLD extensions!

2015 also saw two big launches for domain names in Ireland. The .irish TLD is now available to anyone, anywhere who feels like being Irish is their thing .. while closer to home, the .ie ccTLD has relaxed the rules and now allows “short” domains.

2015 was also a busy year for us with events that took us all around Ireland, Europe and further afield including:

2016 is only an hour away (if you’re in Ireland – I’m currently in Las Vegas so I’ve still got a few hours of 2015 left) and it’ll be another interesting and busy year.

We’ll be attending a variety of events in Ireland, Europe and further afield if you want to catch up.

And wherever you are we hope you have a happy and peaceful new year! Here’s to 2016! 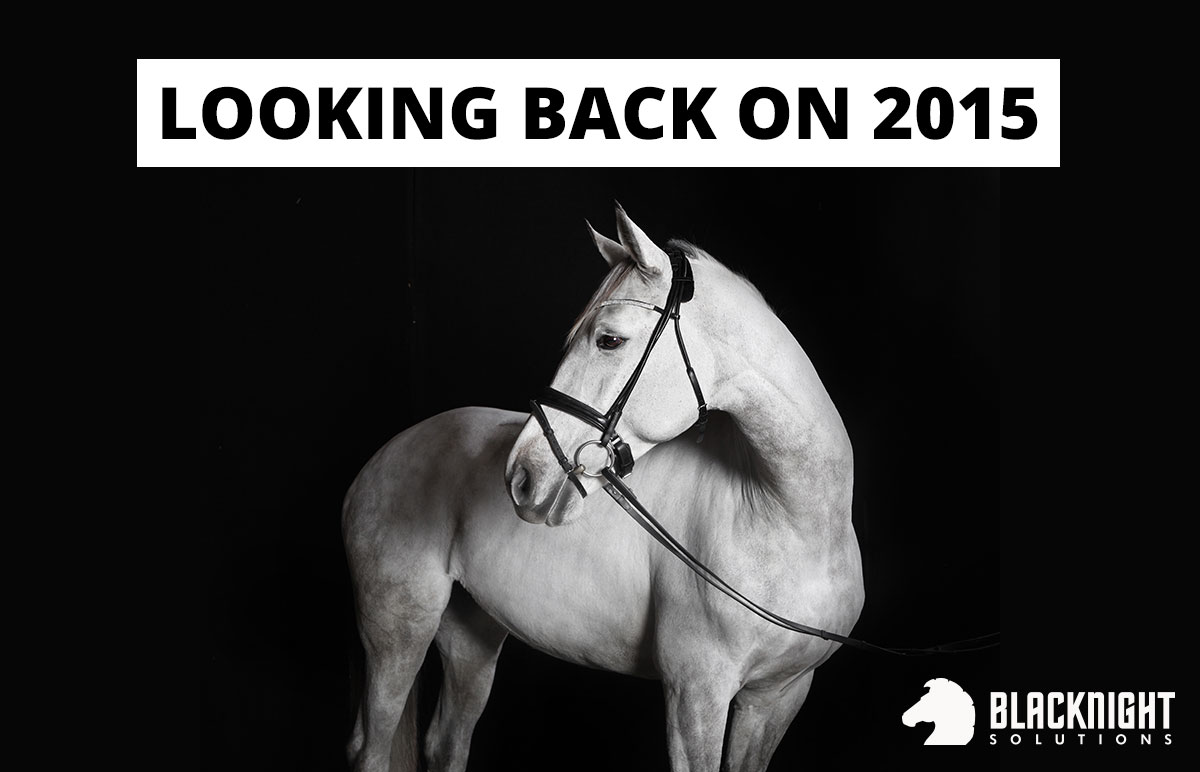