The residents of Piltown and Fiddown, a growing hinterland close to the Kilkenny-Waterford border, were not pleased to be ignored in the National Broadband Plan (the plan to bring high-speed broadband internet to rural Ireland). So, they decided to take matters into their own hands by setting up their own Fibre-to-the-Premises (FTTP) network, and Blacknight was there to help.

The Broadband 4 our Community (B40C) group vision and aim since the project was first mooted by Kilkenny LEADER Partnership (KLP) back in 2019 was to deliver true, future-proofed high-speed broadband for the community of Piltown and Fiddown. The project Manager, Jim O’Brien, an IT graduate, who returned to college in 2018 after a career in construction, lives locally and struggled to remotely access his course materials due to slow speeds.

Because the towns have Cellular broadband as an available option, they were passed over in the National Broadband Plan for Ireland. The community decided that they wanted actual pipes to the internet rather than relying on Celluar options.

But laying fibre cable is not a cheap proposition.

The project received significant loan capital from local businesses as well as attracting a match-funding contribution from a philanthropic trust. Blacknight stepped in to handle their IP transit and backhaul connection to the wider national network. 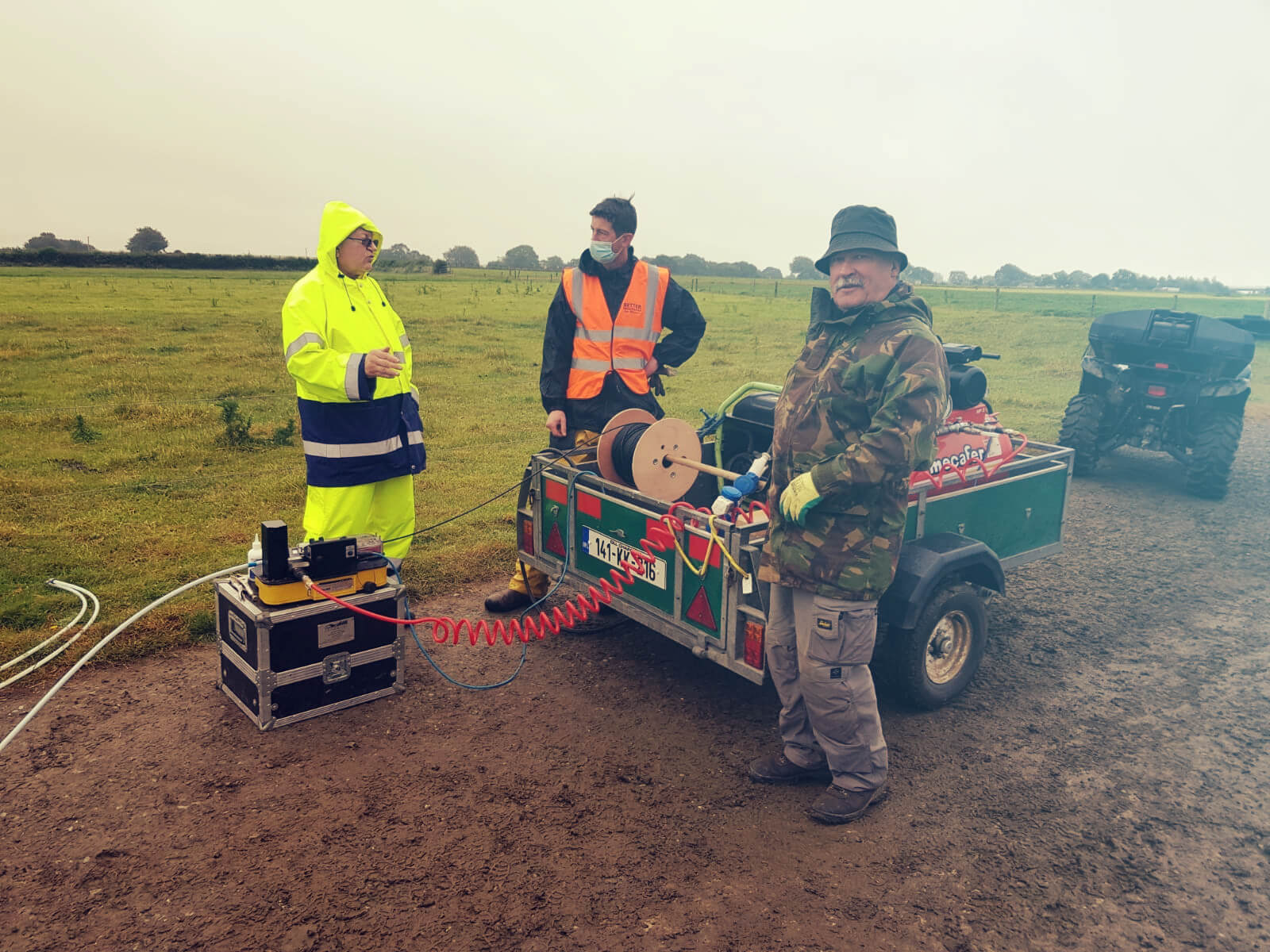 “This is a network in which our community is invested,” said Jim O’Brien. “Given that laying fibre-optic cable is expensive, using the traditional fibre to the premises (FTTP) model employed by the telecommunications industry was the only way forward. It meant that our costs were greatly reduced. This is a service by the community, for the community which is owned by the community and run in its interest. It is a much leaner development model and operates on a not-for profit community-owned basis. We even hope to be able to pay a community dividend and the intention is that this money would finance other community projects.”

Last week, their dream became a reality, and 750 homes and businesses in 3.4 square kilometre area now have access to at least 150MB speeds and a future-proofed high-speed broadband service they can afford. And better still, it is community-owned, community-driven, and managed by a locally-based not-for-profit company featuring enthusiastic volunteers with a variety of skills, the dedication and expertise required to run the service.

It all means that businesses like Iverk Produce/O’Shea Farm who are one of the largest suppliers of fresh fruit and vegetables in Ireland and a host of other small and medium-sized enterprises in the locality have the broadband service and infrastructure they need. Hundreds of families who struggled with slow internet now have the fibre power they need to work from home, to avoid the dreaded drag and really enjoy the benefits of living in rural Ireland.

Kate Foley works in the office at O’Shea Farm/Iverk Produce who are reaping the rewards. She said: “Since we were hooked up we haven’t dropped connection once and have found it 100 per cent reliable. Quality broadband is critical for a business like ours that employs around 95 at O’Shea Farm and a further 60 in Iverk Produce. This service will make this area far more attractive for everyone.”

Check out all of Blacknight’s Fiber internet options here.

By Jonathan Thomas|2022-06-02T08:29:32+01:00April 27th, 2022|Categories: Broadband|Comments Off on Left Behind by the National Broadband Plan – Blacknight Helps Piltown and Fiddown Get Fast Fibre Broadband