Last week I was in Helsinki for the ICANN meeting.

ICANN 56 was the first meeting organised using ICANN’s new meeting format. So instead of it being 6 days + of meetings and sessions, the “policy forum” essentially ran from Sunday afternoon until Thursday afternoon, with the bulk of activity focussed between Monday and Thursday.

ICANN 56 was also my last meeting as Chair of the Registrar Stakeholder Group.

ICANN meetings are always busy. This one wasn’t any different, though the new meeting schedule meant that there was a slightly different focus and probably less conflicts on the agenda.

Key areas of focus this time round for me were:

The Helsinki meeting was also a good opportunity to meet with various vendors we deal with, as well as to meet new ones.

So how big was the meeting? With its focus on policy work and without an opening ceremony and some of the other “extras” normally found at ICANN public meetings, the overall attendance was lower. However there were still over 1400 people in attendance: 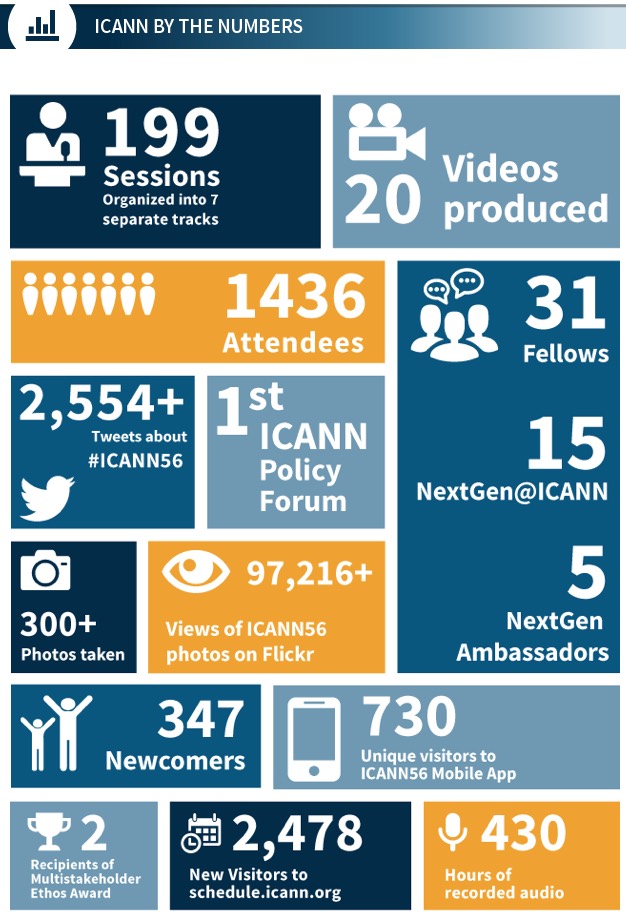 By comparison there were nearly 2300 attendees at the meeting earlier this year in Morocco. Hopefully ICANN’s meeting team will release more data like they did last time – it was truly fascinating.

The next ICANN public meeting is scheduled to take place in Hyderabad, India in November.