Feeling the Love at the Blacknight SME Awards!

Feeling the Love at the Blacknight SME Awards! 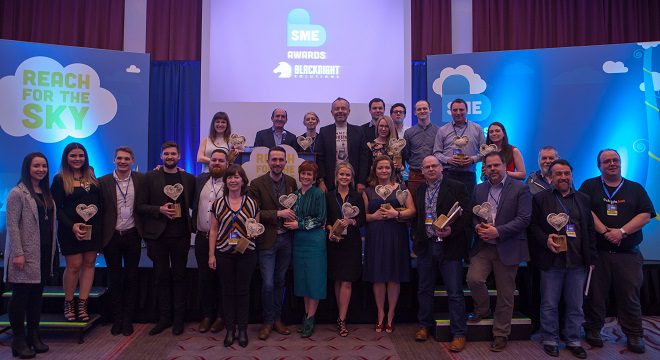 We had a great time last night at the Blacknight SME Awards in Cork, in the company of over 200 like-minded, hardworking, talented and beautiful Irish SMEs!

15 awards were presented – plus the Grand Prix which went to Brú Brewery from Trim County Meath! It’s their latest award, after scooping gold, silver and bronze medals for their beers at the World Beer Awards last year. (*adds event to diary*) 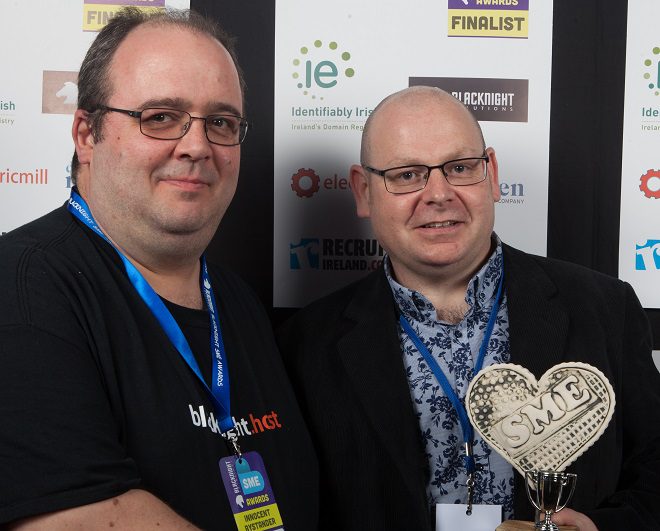 Brewer Philip Markey explained that the secret of their success is “hard work, dedication and a love of beer”!

There were no losers last night. 80 companies made the final shortlists, and whether they made it to the stage or not, it was a great occasion. The Blacknight SME Awards are an opportunity to say well done to Irish SMEs – and wish them continued success.

Thanks are due to organiser Damien Mulley and MC Rick O’Shea, to DJ Brian Green and to Zab and the team from Zab Events, to the Radisson Blu Hotel Cork, to Hollywood LED Letters and to everyone who made it special.

Here is the press release we’ve sent out this morning – including the full list of winners:

Food & drink, training and retail businesses from Donegal to Waterford honoured at event in Cork

New business Brú Brewery from Co Meath scooped 3 awards, plus the Grand Prix, at the Blacknight SME Awards. Having already won gold, silver and bronze medals for their products, they put their success down to “hard work and dedication – and the love of beer!”

Brú Brewery, from Trim, County Meath, swept the boards at the Blacknight SME Awards last night in Cork, taking the prize in three categories, as well as the Grand Prix.

The three-year-old company was recognised for its innovation, winning ‘Best New Business (Non-Digital)’ as well as ‘Best New Product’ for its gluten-free lager.

They also topped the field in the main ‘Food & Drink’ category.

Blacknight CEO Michele Neylon presented the award to brewer Philip Markey, who explained that the business trophies will have to squeeze into an already crowded cabinet. The company has achieved international recognition for the quality of its product, winning gold, silver and bronze last year at the World Beer Awards.

The secret to their success? “Hard work and dedication – and the love of beer”, says Philip.

Over 80 companies were represented in the final shortlists, at the event held in Cork’s Radisson Blu Hotel, and hosted by RTÉ radio presenter Rick O’Shea.

Awards were presented in 15 categories, each carefully selected to showcase different aspects of Irish SMEs.

For the second year running, Sex Siopa took the award for ‘Online Retailer – Irish market’. The online export award went to Dingle Crystal. There was also a ‘mostly offline’ retail award, which was won by Ardkeen Quality Food Store from Waterford.

“These guys don’t get the publicity like major multinationals do – yet, they are the real lifeblood of the economy”, said Neylon. “60% – 70% of all people with jobs work in SMEs. As an Irish SME, serving other SMEs, this is our community and we’re delighted to help them celebrate tonight.”