Crunching Some Social Data From The SME Awards

Crunching Some Social Data From The SME Awards 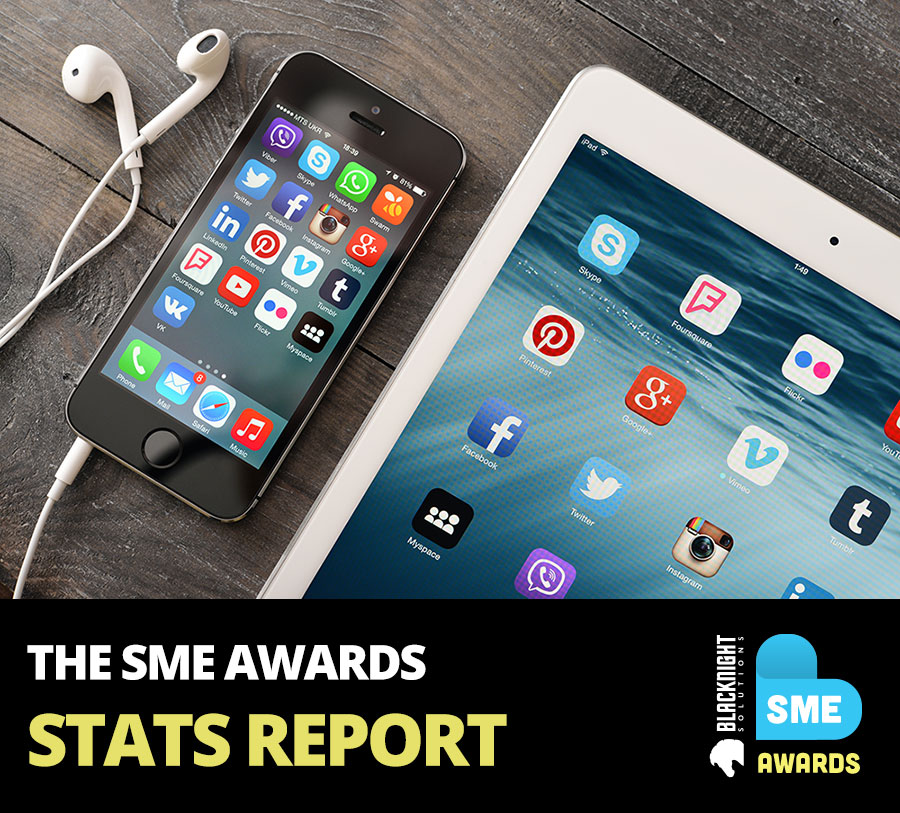 We really enjoyed the Blacknight SME Awards last weekend down in Cork. But as headline sponsor we need to make sure that we get “bang for our buck” (we did by the way!) so I thought we’d go digging into the “social” statistics a little bit.

Bear in mind that this is not going to be 100% accurate, as it’s quite hard to track every single “social mention” related to a particular event. Some people will use the “official hashtag”, others won’t and some don’t use any hashtags at all.

But you can still get some interesting data about how engaged people were around a specific event.

The “official” hashtag for the Blacknight SME Awards was #LoveSMEs. The event’s organisers made consistent reference to the hashtag so one would assume that the bulk of users talking about the event on social media channels would have used it, if any.

Interestingly there is a cluster of other hashtags that you can extrapolate from the data: 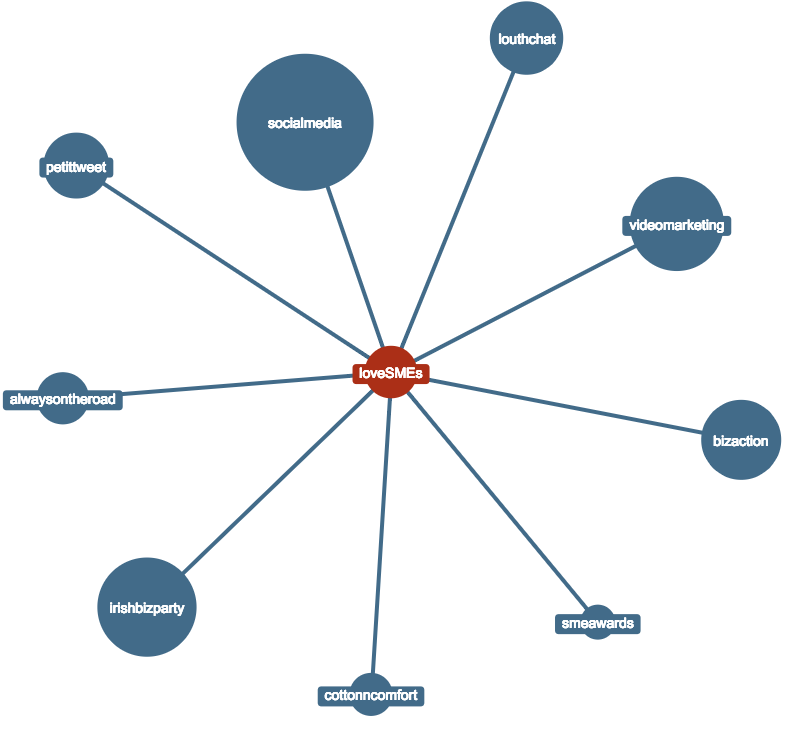 I focussed on the main hashtag, however, as I was curious to see how much activity there was. I also used a couple of different services to get data, as I was expecting to be some differences due to variances in how they measure a number of metrics. (Yes, I am a little geeky about some of this stuff)

Some of the headline numbers are pretty impressive (via TweetReach): 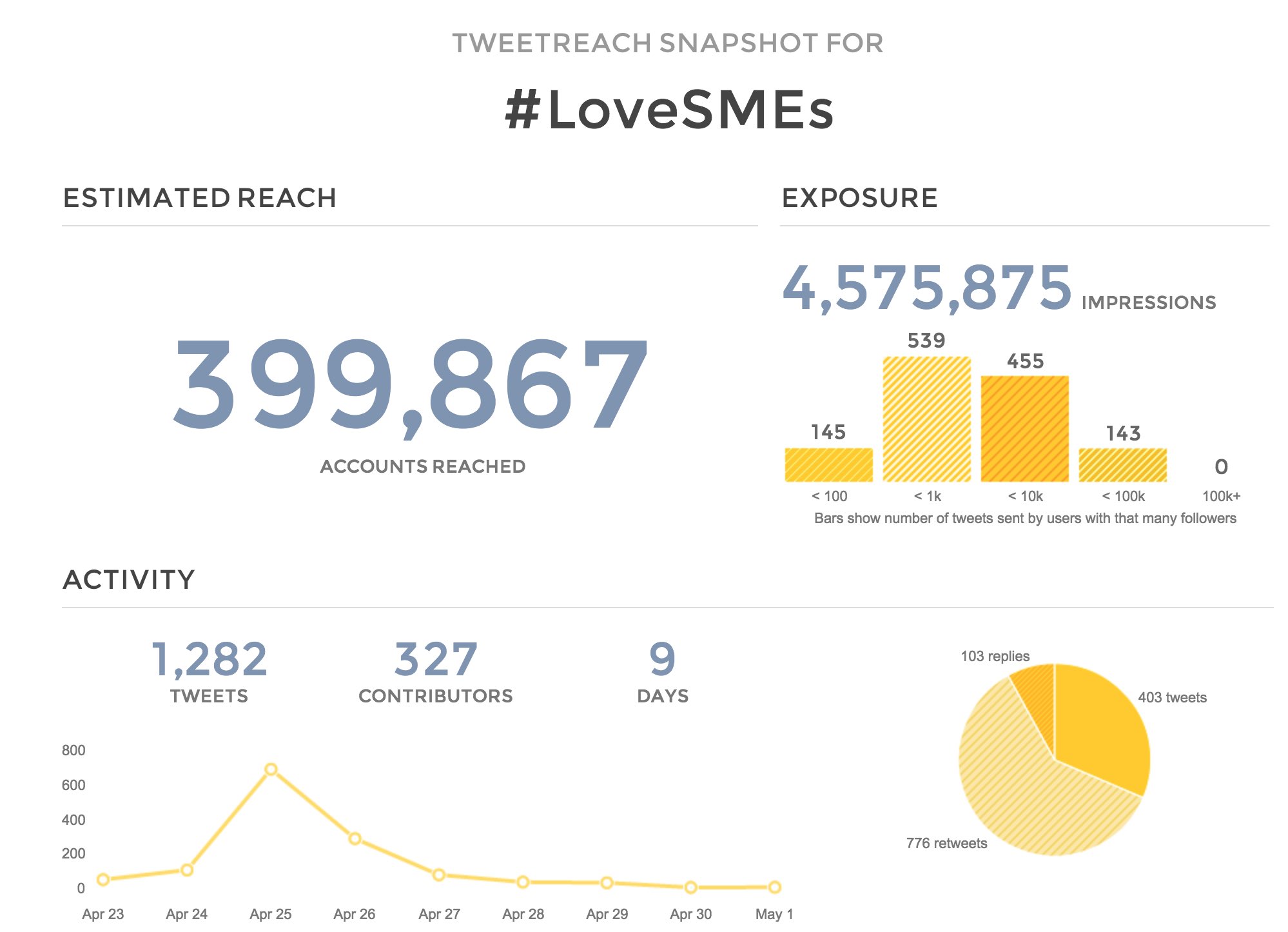 As can be expected the amount of activity increased significantly the day before, the day of and the day after the event.

And Rick O’ Shea, who was MC for the evening tops the list of influencers:

As I mentioned, depending on what service you use to analyse data you’ll get back different reports.

Twitonomy does a pretty nice job of tracking a load of different data points including location. While there were a tweets from well over 100 locations, the bulk of them were from Ireland (I was actually in Spain for most of the week!)

But other little gems emerge from this data, like who was the most active: 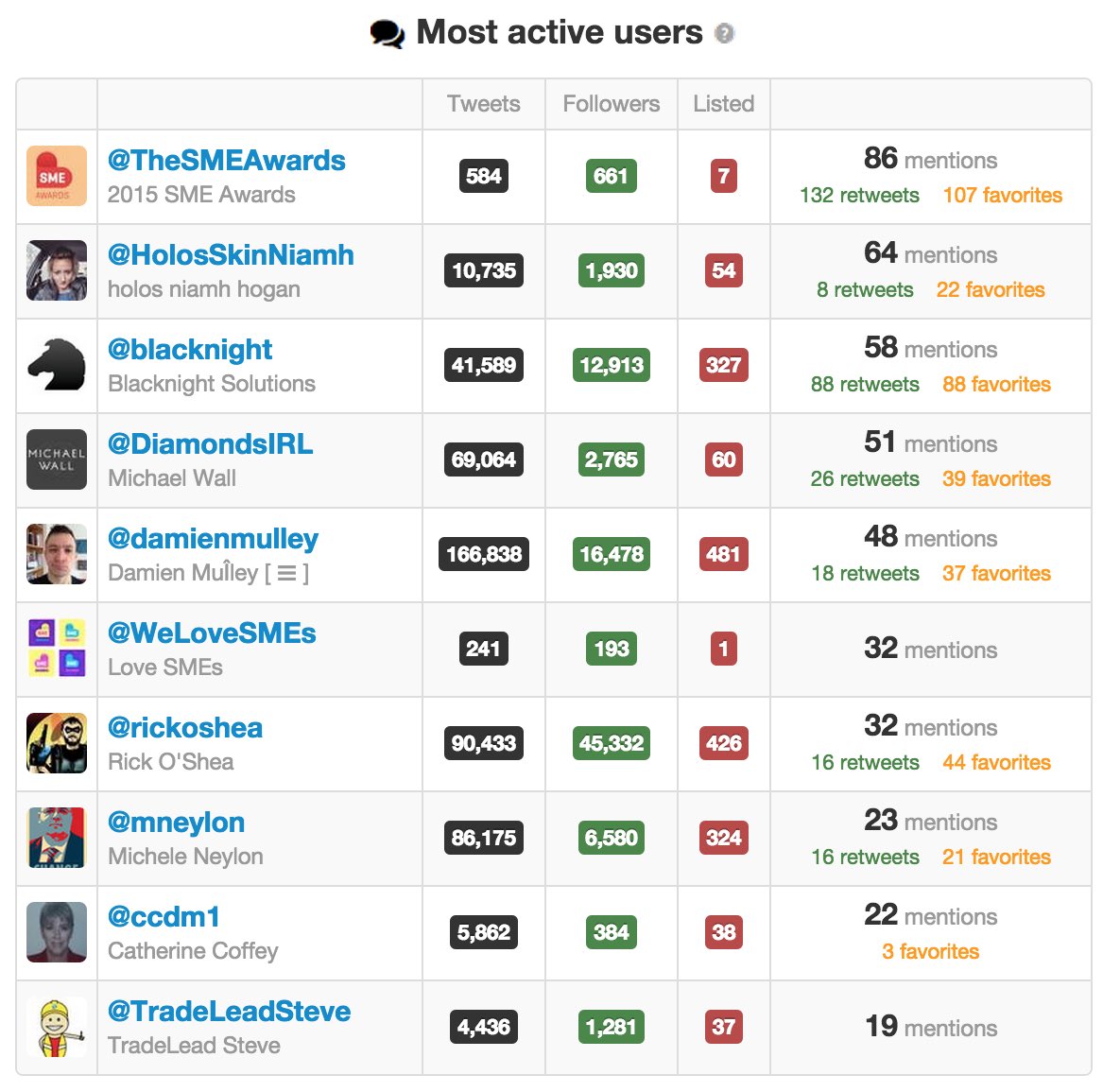 All in all we were delighted by how engaged people were with the event and hope that those who entered, were shortlisted or finally won enjoyed it.