Some Reflections on #IGF2014

Some Reflections on #IGF2014 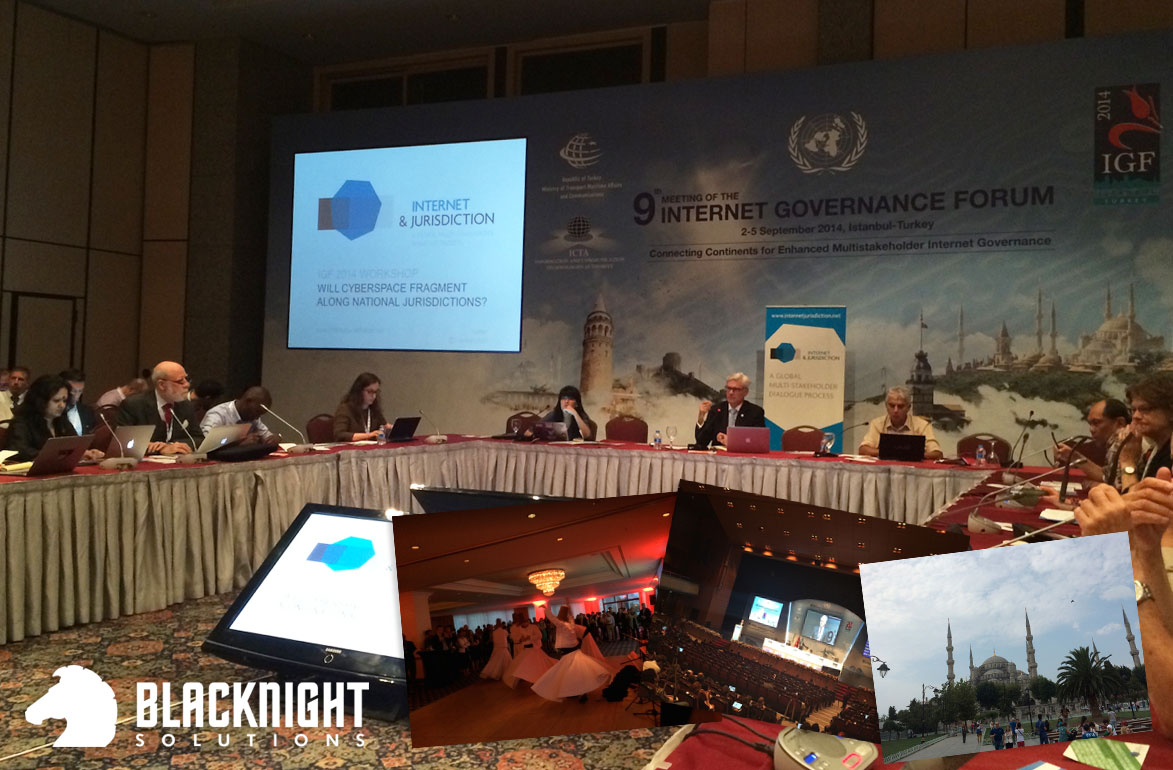 Last week the 9th Internet Governance Forum (IGF) took place in Istanbul, Turkey. It was the first IGF meeting for me, so I wasn’t really sure what to expect. As regulars of this blog probably know, I tend to spend quite a bit of my time embroiled in internet governance and policy related matters. These are important issues and impact us all so having a “voice” in the debate is, in my opinion, key.

The IGF is organised by the UN so the entire thing is very different to other internet events. At some levels it’s a hell of a lot more formal and rigid. But when you get down to it IGF attendees are as passionate about the internet as people you are likely to meet at other internet events. There are differences of course. IGF seems to be much more policy and high level concepts than “business”, so there aren’t as many businesses in attendance as you might find at RIPE or ICANN. The organisers’ statistics bear this out:

It is a very BIG event.

According to figures released by the organisers there were 2374 people onsite and a further 1163 following things remotely.

I was there wearing several hats. Obviously whenever I attend any event I’m doing so on behalf of Blacknight. We are a hosting provider, domain name registrar and run a growing network. We’re also involved to a certain degree with RIPE, I’m on the board of i2C and of course I’m currently the Chair of the Registrar Stakeholder Group within ICANN.

It’s a busy meeting, with multiple sessions running in parallel. Just take a look at the official schedule.

I made a conscious decision to try and avoid the ICANN and IANA sessions as much as possible. If I was going to be at an IGF I wanted to see and hear different things.

But choosing which sessions to attend was far from easy. David Snead, one of the i2c’s founders, did a great job with an email every morning suggesting relevant sessions, while the ICANN delegation hosted a breakfast briefing every morning.

Highlights for me were the Internet & Jurisdiction Project‘s session, which had a very broad range of speakers involved including Vint Cerf (see photo above). Jurisdictional issues are highly problematic – just look at the ongoing court case involving Microsoft where they’re being asked to handover data stored in Ireland to a US court. As a hosting provider this is something we’ve already had issues with. Even if our response is that we will only respect court orders issued by an Irish court it’s still a headache and costs money to deal with.

Paul Vixie chaired a fascinating session on “blocking” and takedowns. The session’s title summed up part of the problem: “Internet blocking: When well intentioned measures go too far”. In recent months there have been several high profile cases where companies and others have caused significant collateral damage while trying to remove “bad” stuff from the ‘net. Of course blocking and takedowns aren’t limited to mitigating abuse, they’re also used to curtail speech, “protect” intellectual property rights and a lot more.

Spam as a problem is not going away anytime soon, though the session on spam I attended spent quite a bit of its time discussing definitions of the actual problem. It was an interesting discussion and obviously nobody was defending it! Based on our own internal statistics we drop between 80 and 90 % of all inbound email as spam – and some still gets through!

On Friday I was speaking on a panel focussed on conflicts between ICANN policy and contract with national law ie. the 2013 RAA and how its requirements are problematic under EU law. The panel was composed primarily of privacy advocates including some representatives from European data protection authorities as well as one member of law enforcement.

You can see the entire panel here

Having attended many internet related events over the past 10+ years I have to say that overall I was very impressed with the IGF.

The content was really good. The attendees came from a very broad range of backgrounds and brought a diversity of interests and views to bear. The schedule was easy to follow.

Of course no conference is perfect and IGF was no different. The wifi was more than a little flaky and at times it was easier to go back to the hotel if you needed to get any serious online work done, but unfortunately that happens all too often with internet events (exceptions being RIPE and ICANN).

The security surrounding the venue was heavy, which made getting in and out at peak times a little slow.

But overall it was pretty well run.

Will I attend future IGF meetings? I’m not sure, but I’d definitely consider it.