IEDR have published some interesting data on IE domain name registrations up to the end of June 2018.

It’s no surprise that simpler registration rules has led to a growth in registration volumes. None. We knew that would happen. 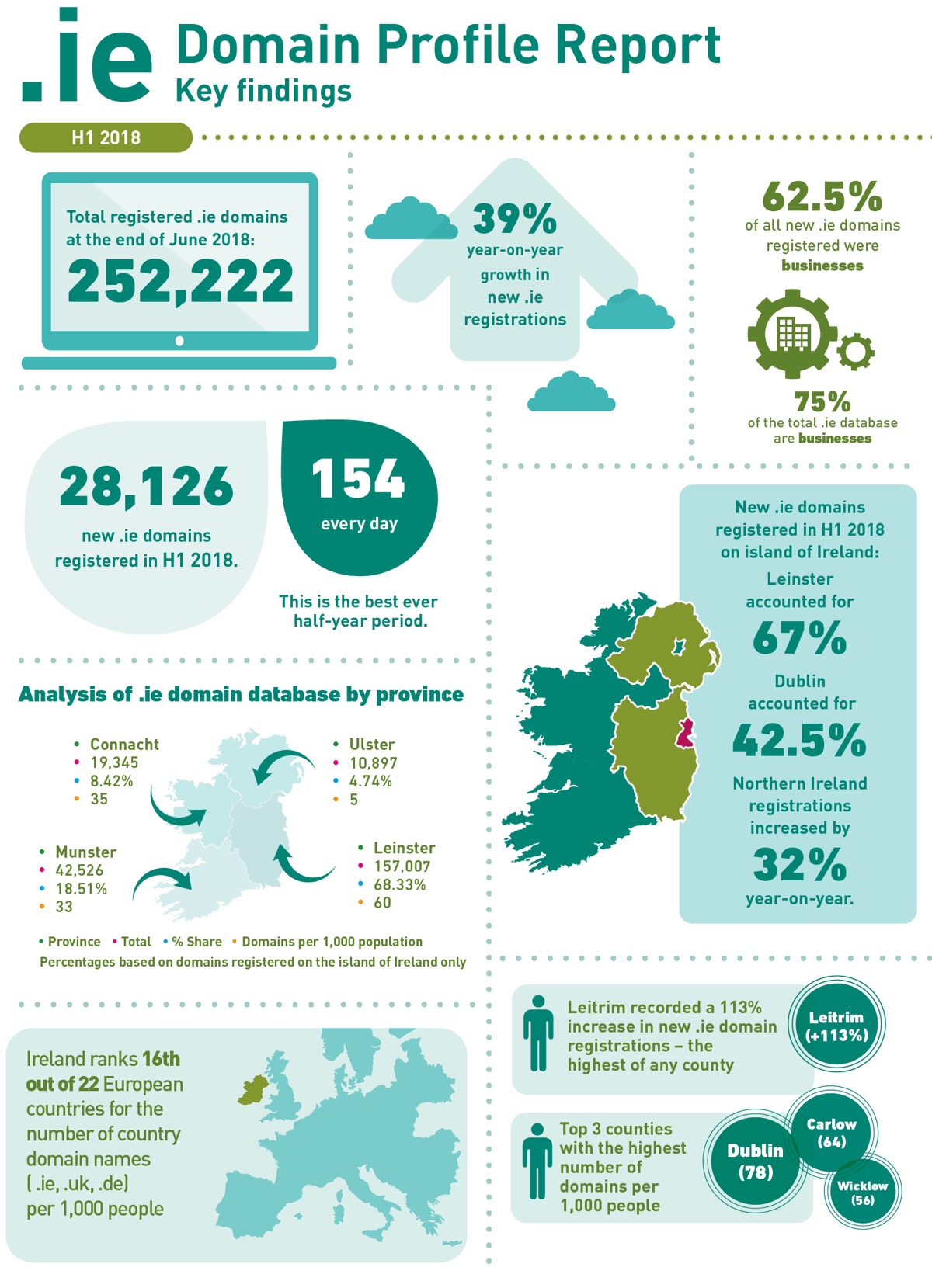 The major urban centres continue to account for the lion’s share of registrations. They’re also the areas with the highest population density, so it’s only natural that they’d see the larger volume of domain registrations.

Amusingly Carlow, where we are headquartered, has the second highest number of domain names per 1000 inhabitants. Maybe our staff are registering a lot of IE domain names?

There are some interesting data points in the report.

More private individuals are now registering IE domains than ever before. They account for 21% of registrations in the first 6 months of 2018, compared to only 6% in the same period last year. 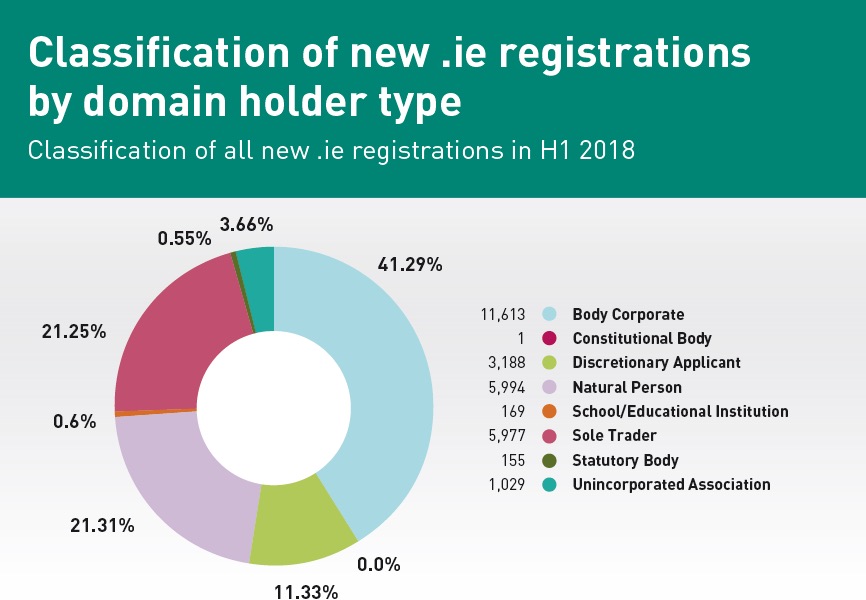 Simpler and more accessible rules and policies. Now it’s so much easier to register a .ie domain name there’s very little to stop someone from doing so. And if you’ve already got a .ie domain name you can register other ones without any extra paperwork.

A couple of other fun facts:

If IEDR want to really drive registration volumes, however, then they need to reduce the wholesale price of IE domain names to bring them in line with other major European country code domain names. Now that the overheads associated with registrations have been reduced it’s time to reduce the economic barriers!