One of the fastest-growing social networks right now is the decentralised Twitter-clone Mastodon. Mastodon is different from most other social networks in that there is no central website or holding company that controls it. Instead, it’s a series of independent servers all using the same open-source social media software that talks to each other using something called federation. You can join any one of thousands of Mastodon servers, but be able to follow and talk to people from other servers.

Anyone can spin up their own Mastodon server (Mastodonites call them ‘instances’), and many have. When you do, you, of course, need a domain name, and many are using the following domains to stake their claim on the new social network. Here’s a handy list to consider if you’re considering running your own Mastodon instance. If you want more background on Mastodon, we have an explainer post here for you.

This seems to be the most popular option for creating a Mastodon Instance. You’re literally creating a miniature social network, so why not use the .social domain name?

If you’re seeking to create a club-like atmosphere in your new social network, then .club is the choice for you. It’s short and easy to remember (and rather easier to say than social).

With 8 million users and counting, interesting conversations and news are starting to come out of Mastodon instances – it’s getting very ‘buzzy’ over there – so that makes .BUZZ a perfection option – and we’re now offering them for €4.99!

Chatrooms are so 1994, but social networks are no different than chatrooms – and you can think of each Mastodon instance like a private chatroom; it’s just linked up with thousands of other chatrooms.

Let’s get this party started! Just joking. But the .PARTY domain is another good option for Mastodon hosting.

At the end of the day, building a Mastodon server is about building a community, so that makes this domain a perfect option to use with it.

You can run your own Mastodon instance on any VPS service offered by the likes of Blacknight. The server requirements are not huge – it just requires a little bit of technical knowledge to set up (it helps to know your way around the Linux command line). Blacknight Cloud Hosting servers start at €14.95/month, and prices scale upwards as your needs change. If your server becomes popular, you’ll have to have a plan (and the ability to pay) for scaling upwards. 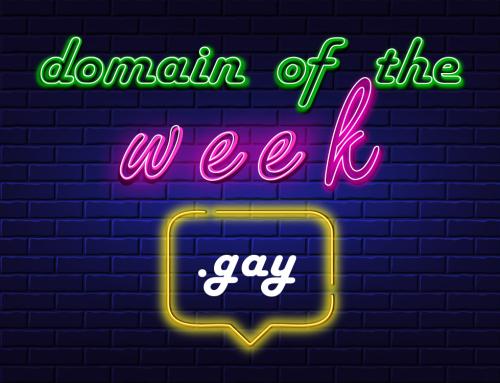