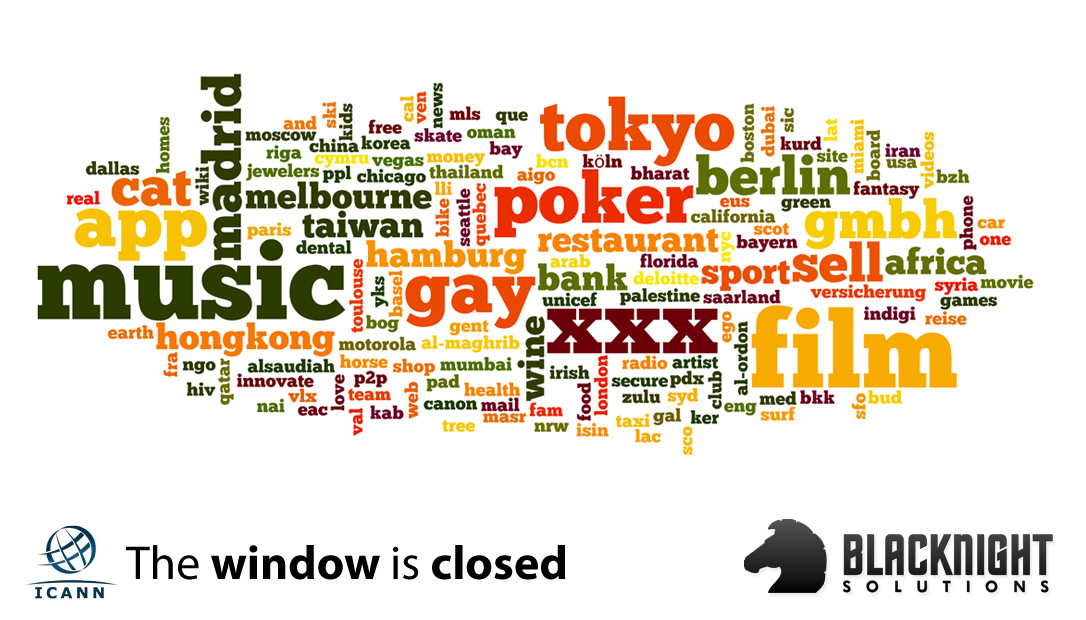 Last night at around 1 in the morning (Irish time) ICANN closed the “application window” for new TLDs (top level domains). They were meant to have closed it back in April, but due to technical and security issues the entire process was delayed for over a month..

What domain extensions will be available?

The full list of applications is scheduled to be released on June 13. Once that’s out there we’ll know what people would like to offer, though there’s still several stages of the process that they’ll need to pass through.

In the meantime quite a few companies have already made public announcements about their plans, so we have an idea of what will become available.

.brand – these will be 100% controlled by a company or brand. They won’t be available for public registration via a company such as ourselves. Some companies will probably use the domains for their marketing, others might give their staff domain names. Ultimately you won’t be able to get your hands on one unless the brand owner wants you to have one. Several big companies have already announced that they’re applying for their own domain extension, but since it’s not open to the public and we won’t be selling them let’s move on 🙂

These are going to be a mix of restricted and unrestricted extensions.

The restricted domain extensions will include domains that will only be made available to companies in certain industries or that could have other restrictions on registration and / or usage.

Other extensions will be as open as .com.

.paris – for the city of Paris. This will probably be restricted in some way.

.ngo – for non-governmental organisations only.

.bank – how this one will pan out is very open, but it’ll probably be strictly reserved for recognised financial insitutions

.web – several companies will probably be applying for this one, so there’s probably going to be a legal battle. Once the dust settles expect it to be made available to the general public

Once the “big reveal” happens we’ll have a much clearer idea of which domain extensions are going to be available.

We’ll be attending the next ICANN meeting in Prague in a few weeks, so hopefully we’ll be able to talk to some of the applicants there as well ..

Expect more on this as we find out more..