Heading to South Africa for ICANN 59: A Quick Preview

Heading to South Africa for ICANN 59: A Quick Preview 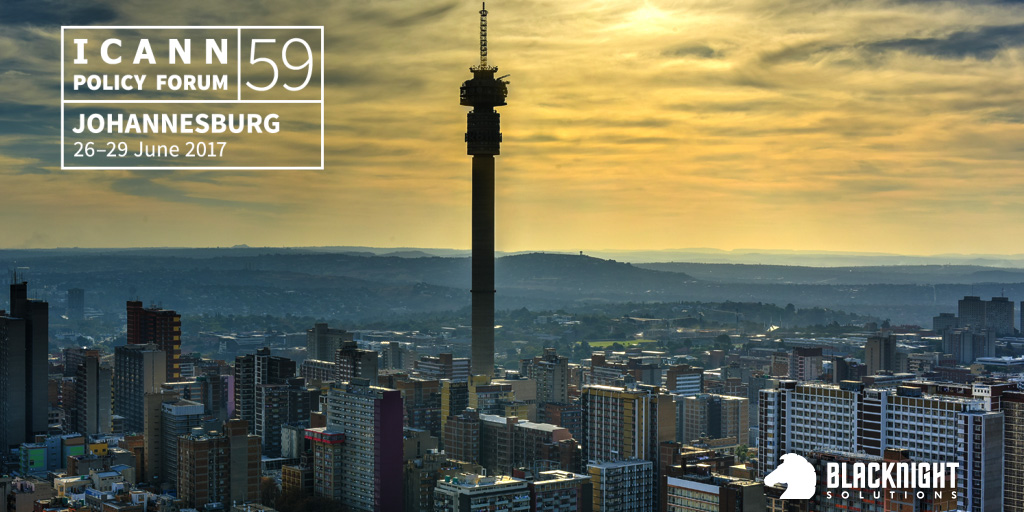 I’ll be spending the better part of 24 hours travelling from Ireland to South Africa this week. While I do intend to spend a few days enjoying the pleasures of Johannesburg and Cape Town, that’s not why I’m going there.

Yes, it’s that time again. Yet another ICANN meeting.

The “new” meeting format that ICANN has adopted for the three public meetings organised each year means that this time round the event will be shorter and the focus will be much more on policy work rather than the pomp and ritual that can accompany some of the bigger meetings.

So what will we be looking at in Joburg?

I’m currently one of the registrar representatives on the ICANN’s policy management body the GNSO Council. In that role we get to engage with just about every single policy initiative that’s being conducted at any given time. We also have to act as the “gatekeepers” for any potential policy initiatives that the broader community might be interested in exploring. So that means that I’ll get to spend quite a bit of time in windowless rooms getting detailed updates on all that’s been going on since we last met earlier this year in Copenhagen.

As usual there are a few “hot” topics that will probably take more of the focus during the week:

ICANN’s relationship with privacy has always been a little strained. Many would argue that the current policies governing WHOIS are at odds with privacy legislation and best practice in many parts of the world (Not just the EU). While ICANN the corporation has paid lip service to the issue in the past it’s only very recently that they seem to have started taking the concerns seriously.

Too little too late?

Possibly, but at least there now appears to be some appetite to address the issues. GDPR (General Data Protection Regulation), which we’ve mentioned in the past, comes into force in less than a year. Unlike previous legislation the potential fines you can get hit with under GDRP are huge. They’re not just a “slap on the wrist”. So any company that’s based in the EU or has EU based clients needs to comply as best they can. The threat of those fines has definitely helped to focus minds, but whether ICANN can move quickly enough to make changes to contracts and policies to deal with the looming deadline is debatable.

While the privacy implications of WHOIS are obviously one of the main drivers behind ICANN’s interest in dealing with GDPR, the WHOIS issue isn’t simply a matter of privacy.

Since the first ICANN meeting I attended 10 years ago in Lisbon WHOIS has always been a topic that I’ve been drawn to.

Some would like to see the status quo maintained, while others would like to see the system and access to it changed quite dramatically. While most of us check WHOIS records to see which nameservers a domain is using, to see a domain’s status or something else related to our day to day business, others use (and frankly abuse) whois data for a myriad of other activities. Some of those activities aren’t nefarious, but there are others that people may not be aware of and if the data involved is PII (personally identifiable information) then it can and probably will fall under GDPR. Even if it doesn’t there are some who would question using whois data for these kind of things.

Should whois be a proxy for identity? It’s a fascinating, complex and highly contentious topic, so I know it’ll be discussed in multiple sessions during the week.

There are now a crazy number of domain extensions available. We offer several hundred. Some are “open” and available to anyone who wants to register them. Some have specific policies governing which entities qualify to register them, while others were setup for internal corporate use by big companies like Sony.

Some people are interested in seeing how well the current release has been doing, while others are very interested in pushing for more domain extensions in the near future.

What lessons can be learnt from the current “round”?

A lot of big companies didn’t apply for their “.brand” domain extension the last time round, so some of them want ICANN to let them get one ASAP.

On our side we’d like to see a lot of the technology being standardised, so that it would be easier for us to offer more domain extensions to our clients.

I’ve only chosen a few topics, but there are many many more that will be discussed in public sessions throughout the week. One of the things that can make ICANN meetings so interesting is the diversity of interests in attendance. You’ll have governments, big business, small business, academics, security researchers, law enforcement, trademark lawyers, copyright lawyers, geeks and more in attendance.

If you’re interested in following the meetings you can follow audio and often video streams via the meeting website. Full details for each session are in the schedule.

Don’t like what is going on with a particular topic? ICANN is open to everyone, so if you want to impact its work you can. If you need help getting involved please let me know (I’m always reachable via email).