If you have visited the IEDR website recently you might have noticed that the counter down the bottom of the page has now passed 200 thousand domain names.

They’ll be making a bit of a “song and dance” about this milestone, which is understandable. However, what’s probably more interesting from our perspective is their new “domain profile report”.

While IEDR have provided a reasonable amount of data in their annual reports, they’d never done a report specifically focussed on examining and analysing registrations in depth.

The report, and accompanying infographic, paints an interesting picture of who is actually registering .ie domain names.

Some of the figures probably aren’t that surprising, but others might catch people by surprise.

For example, while .ie domain names can be registered by people and organisations with a connection to the island of Ireland, only 1.6% are accounted for by Northern Ireland. Northern Ireland accounts for 28% of the island’s population, so that number did surprise me a little. Of course one could posit that NI businesses are opting either for co.uk domain names or simply registering .com (or similar).

So how do the numbers break down?

91.04% of registrations come from the island of Ireland: 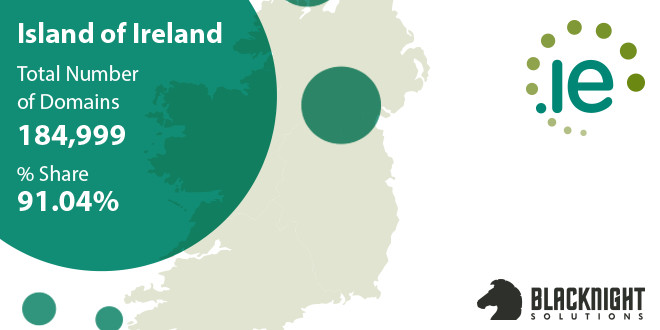 The other 8.96% come from outside Ireland. Yes, contrary to many people’s beliefs, you do not need to be an Irish based company to register a .ie domain name. You just have to show the “connection” or “link” with Ireland.

So non-Irish organisations and companies have been able to register over 18 thousand domain names: 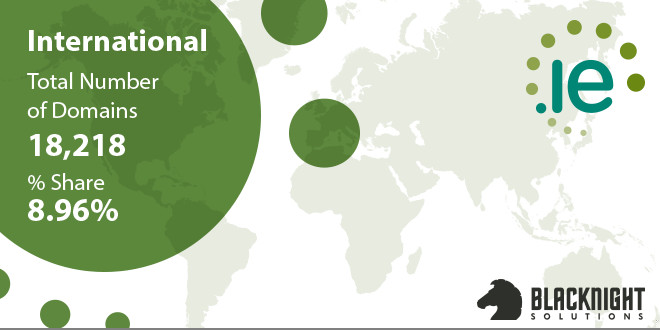 There’s no breakdown in the report by country, which is unfortunate, though based on our own experiences as the largest .ie registrar there’d be a good mix of countries in there, but I suspect the US could dominate.

Looking more closely at the Irish market you can see how the more densely populated areas account for more of the registrations: 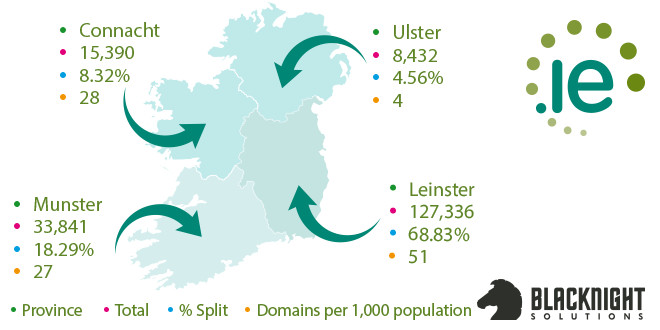 But the “density” is an odd one. Does this suggest that people in Leinster are almost twice as likely to register a domain name? It’d be interesting, though almost impossible, to compare with gTLD data. Having said that, if you look at the numbers produced by AFNIC and other registries who have produced similar reports there is a trend for more registrations in and around the bigger urban centres.

Who is registering domains?

Another fun factoid from the report is that the 80 Irish based registrars account for 76.92% of registrations. This isn’t surprising, especially when you look at who is registering domain names.

Here’s a nice visual they’ve produced to illustrate it all (click to enlarge): 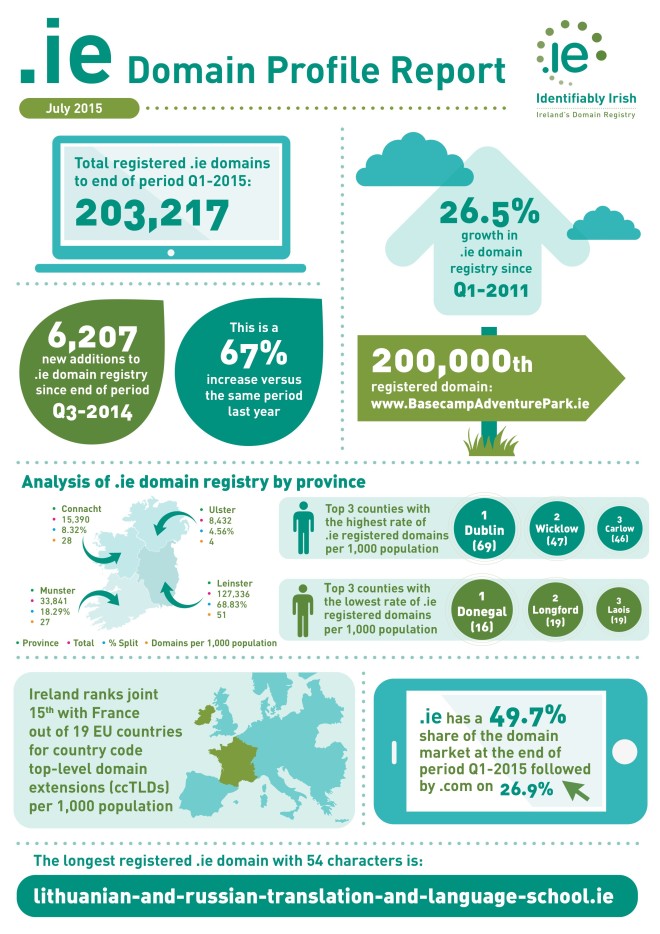 IEDR plan to produce the “profile” report twice per year, though if they’re going by 6 month per calendar year data then the next report won’t be available until January of next year.