Win Tickets to ‘The Outing’ with Blacknight

Win Tickets to ‘The Outing’ with Blacknight

UPDATE: Congratulations to the winner, Keith Kelly on Twitter.

https://t.co/MLj9gJZQpb Doing again JUST to be sure I'm in! Need this in my double denimless life! #theouting

Thanks to everyone who entered – we’ll have another giveaway next week! 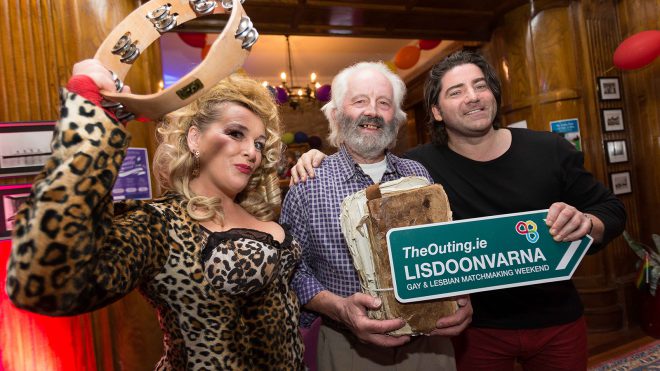 To celebrate our sponsorship of The Outing, we’re giving you a chance to win a pair of tickets to the event, covering 3 nights B&B for 2 people sharing in a luxury Lisdoonvarna Hotel, plus admission to all the entertainment on the weekend of 7, 8, and 9 October 2016!

To enter, just mention @Blacknight and #TheOuting in a post on Facebook or Twitter, explaining why you want to be there, and include this link: TheOuting.LGBT

The competition closes at 6pm (Irish time), on Friday 2 September (just as the first weekend of the Lisdoonvarna Matchmaking Festival gets underway!) Winners will be announced immediately. Blacknight staff will conduct a draw among valid entries and their decision is final.

The Outing promises to be a fun weekend for everyone, single or settled, straight or gay. There’s a range of entertainment from pop to Panti, including B*Witched, Katherine Lynch, traditional music with An Ríl Díl, indie rock band Cool Against my Skin, Chris MM Gordon, drag artist Jonny Woo and much more.