Blacknight has been taking a public stance on the Marriage Equality debate recently. 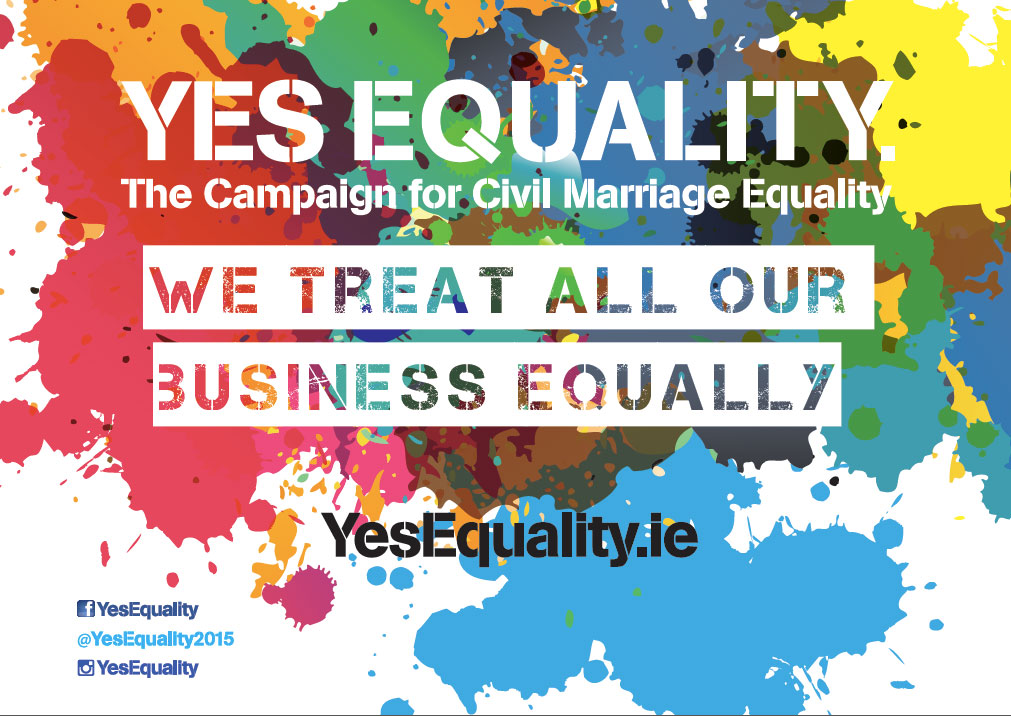 Why? Because it’s something that affects a lot of people and ultimately makes no difference whatsoever to the rest of us. As a married man to tell me I couldn’t be married seems ridiculous. I have 2 kids and to the best of my knowledge the  Marriage Equality Referendum isn’t about whether or not Gay People should be allowed to adopt kids. They already can if they wish to?

Ask yourself these simple questions

Why would you let women vote?

Why would you give slaves freedom?

Why would you let gay people get married? Sound familiar?

Each generation gets a chance to do something to better the world.

I hope you’ll go out and vote.

It wasn’t so long ago in Ireland that a female Civil Servant who got married had to give up her job.

We’ve said it before and we’ll say it again.

“Your inaction could mean someone you know and love has less rights than you do.”

PS: If you’re an Irish business you can sign on to support the Yes vote here.