My first job as a graduate engineer was with a female-led team on a telecommunications software development project. I loved it. We were part of a larger project; most of the developers were women. My team was led by a woman. The project technical coordinator was a woman. Not knowing any better, I thought this was normal. I soon learned that it’s not.

Our friends at .CO, the domain for entrepreneurs, have compiled some revealing statistics about female participation in the technology industry in the US. Women are in the majority in the workforce, but are grossly under-represented in technical roles, and in senior management. 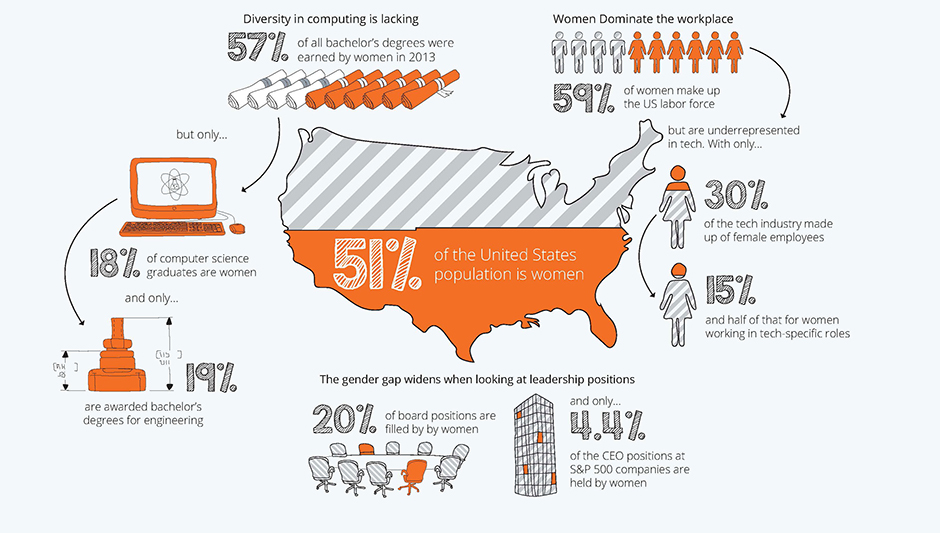 Within technology companies in the US, only 15% of technical roles are occupied by women*.

Women were the Pioneers of Computer Programming

Could it be that the technology industry is just not suited to women? No. In fact, women were the pioneers of computer programming.

But the absence of women in technology roles isn’t just hurting women, it’s also bad for the industry.

In my anecdotal experience of a gender-balanced workplace, diversity contributed to productivity – not to mention creativity and employee engagement. And I’ve also observed that a lack of diversity can go hand-in-hand with other deficiencies, in things like productivity, quality and customer service.

As Cathriona Hallahan, MD of Microsoft Ireland puts it, diversity isn’t just “nice to have”: it’s a business imperative.

Some high-profile initiatives have been rightly recognised in recent years, such as the Outbox Incubator run by Stemettes in Britain and Ireland. In Dublin, Inspirefest has announced the first four keynote speakers who will take the stage in June: all leaders, all innovators, all women.

There is a way to go. A recent joint report, from the Royal Irish Academy and Engineers Ireland, highlights the difficulties in retaining female talent in the technology sector, a problem it compares to a ‘leaky pipeline’. (Interestingly, that report notes that “the business case for eliminating gender inequality is proven” – and that academia has something to learn from the business sector in that regard).

Iceland has just become the first country in the world to make it illegal to pay men more than women. Recent revelations in the news are a reminder of how workplace culture can create an inhospitable environment for women and minorities. And the ‘progressive’ world of Silicon Valley startups has problems of its own.

But perhaps it’s not surprising that startups, female-led startups, might lead the way. The dot-CO infographic points out that the percentage of women starting or running businesses in the US has jumped 30% since 2007*!

And how are they getting on? Female-led companies do better than the guys, it turns out. Women start businesses with 50% less capital, and have 13% higher revenues than their male counterparts*. 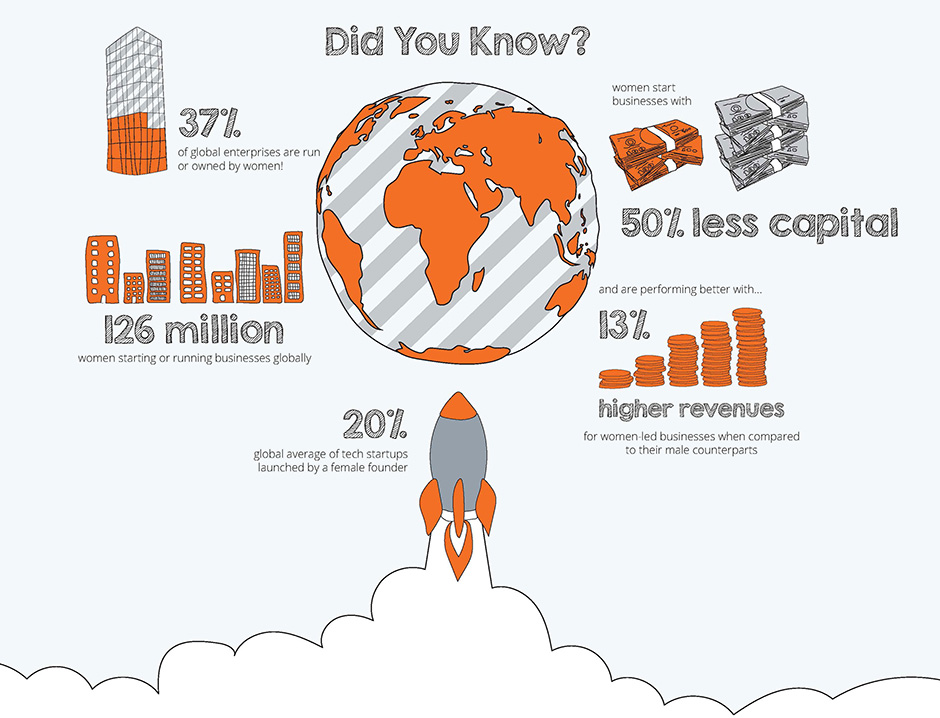 This post includes information researched by .CO, the top-level domain for entrepreneurs and startups. Download the full PDF infographic here, or visit BeCourageous.CO to find out more about the .CO Membership Program. Members enjoy access to industry events and networking functions, and get access to special deals, as well as having the opportunity to promote themselves to the .CO community.

* To view the sources used to create this infographic, visit www.go.co/infographicfootnote