We are big fans of the internet as a whole. Of course as a business you’d kind of expect us to be, but that interest extends beyond business and into our daily lives.

When I first went online in the mid 90s the internet was a lot smaller. It was a very different place. Sure the technology was a lot more “basic” back then, but in many respects the ‘net back then was a lot more innocent. It was a time before the proliferation of so much of the “bad stuff” that we now have to accept it as being part of the background noise. You could send an email to pretty much anyone and it’d probably get to them. Sure there were criminals using the ‘net back then, but the overall size of the network was so much smaller and everything was sort of new and shiny. A bit like that new leather smell you get.

Fast forward more than 20 years and things are very different.

We all live our lives a lot more via “digital”. While we might directly touch the internet and domain names throughout the day, we are also interacting indirectly with the internet in so many other aspects of our business and personal lives. Internet technology has allowed small businesses to flourish and grow without having to be in big towns or cities. I can just as easily work with colleagues in the US, as I can with people in Siberia or West Clare.

But for all of that to “work” there needs to be a sense of “trust” in the entire system. Trust is not something that can be forced. It’s something that’s earned and every single time you have a bad experience online that will erode your trust in the system.

Blacknight has always taken a very dim view of “abuse”. Why? Because we love the internet and see it as a force for good. But we also know that in order for that positive side of the ‘net to be preserved and for it to flourish that we need to protect it. We can’t just expect it to protect itself.

When I was trying to buy a house a few years ago I drove around the different neighbourhoods where houses were on sale. Knowing what sort of area you’re going to live in is important. You want to know that if you park your car outside the front door that it won’t have the wing mirrors ripped off during the night! In the online space it’s not that different.

Our clients need to be able to send and receive emails from their clients and suppliers. If our network was being constantly abused by spammers and phishers then other networks would block traffic to and from it. Why? Because we’d have lost trust.

Which brings us to the latest initiative we’re involved in.

Blacknight has joined with some of the biggest companies in the internet industry (including GoDaddy, Amazon and PIR) to adopt a set of norms around handling specific types of DNS abuse which are outlined in the “Framework to Address Abuse” (PDF).

As we’ve stated repeatedly we are not the “internet police”, so we aren’t going to get into the business of online censorship. If you don’t like something one of our clients has published online then you will need to follow due process. Sorry (well we’re not really, but I’m trying to be polite!).

So what are we saying?

In simple terms we will take action and pull down domain names if they are being used for DNS infrastructural abuse. So if a domain is linked to malware, phishing, pharming or a botnet then its lifespan is going to be pretty short once we’re made aware of it!

While we generally do not get involved in issues of content we will take action without a court order if the situation merits it:

Specifically, even without a court order, we believe a registry or registrar should act to disrupt the following forms of Website Content Abuse: (1) child sexual abuse materials (“CSAM”); (2) illegal distribution of opioids online; (3) human trafficking; and (4) specific and credible incitements to violence

Simply put we don’t want to stand idly by and allow our services to be used for crime.

While you’re here you can also have a read of PIR’s blog post on this initiative. 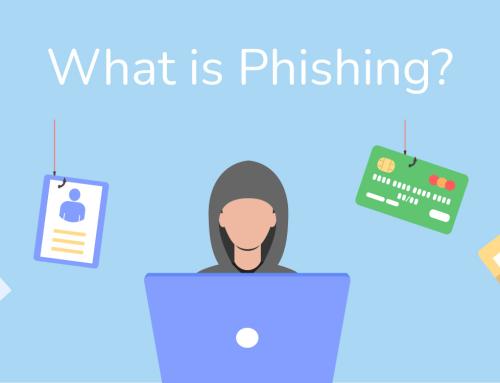